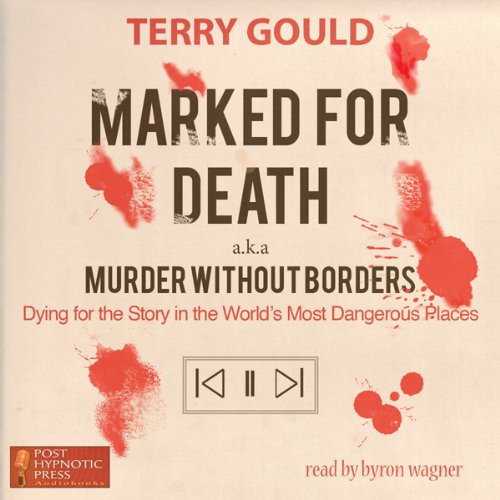 This audiobook edition is narrated by Byron Wagner.

Over 75% of local-based investigative journalists are assassinated as a result of their journalistic efforts. Of these murders, only 15% of the murderers are caught, leaving 85% of organized crime murders unresolved. This is terrible news, as journalists represent the public’s right to know on shady dealings in government.

The top five countries with journalist deaths, as published in a Marked for Death article, include nations such as Columbia and Russia, that are run by organized crime within the governmental operations. Journalists intend to report on these shady dealings, are are offered bribes. Those that don’t accept are killed. The article that published only covered statistics, with a mere resumé-like paragraph or two discussing the journalist. This book delves into those countries, and uncover the lives at stake when there is a murder without borders.

The narration that Wagner presents is a great pairing. Speaking at a medium pace, Wagner embodies a journalistic manifestation of Gould. If business meetings weren’t dull, this art could better apply. This audio, based off uncovering the conspiracy behind the conspiracies, brings to life the text that hopes to bring life to the murdered journalists. Recommended listening for those looking into journalism, as well as government conspiracies.

If you are interested in owning the audio edition of this title, please visit Post Hypnotic Press. Otherwise, the print edition is available in the SG Store.