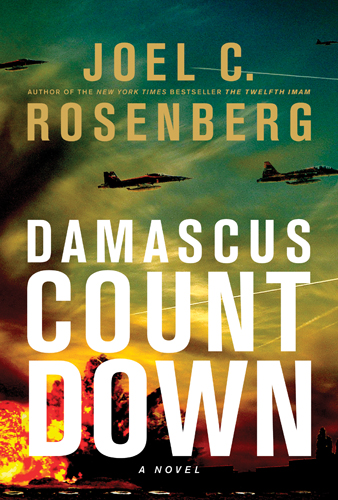 If you are a fan of Rosenberg’s prior works, this one is sure to deliver.

Rosenberg is at it yet again in his novels regarding Middle East tensions. Hot on the heels of an Israeli air strike targeting the regime of the Twelfth Imam, Iran gains the support of the United Nations and America itself in an attempt to condemn the actions of the Jewish State. While the political storm brews to an out-of-control level of tension, David and his CIA operatives work on the inside of the Iranian regime, discovering that Iran has more than the cards they have revealed. Can David stop the countdown to the destruction of Damascus, or will he be too late?

Rosenberg writes all of his novels based off his personal experiences working in the Middle East as an adviser to the Israeli Prime Minister. Paired with his studious research, Rosenberg presents his books of fiction in a near-prophetic manner, attempting to factually predict what is to come. In his typical spy action feel, Rosenberg keeps readers glued to the pages of their books from the very beginning and beyond the last page, looking for more. This book is no different, capturing the attention span of the audience and demonstrating how great, real, and terrifying the potential future for the Middle East really is. It’s definitely a read for fiction enthusiasts, blending faith in a tactful and appropriate manner.Disclosure: I have received a reviewer copy and/or payment in exchange for an honest review of the product mentioned in this post.