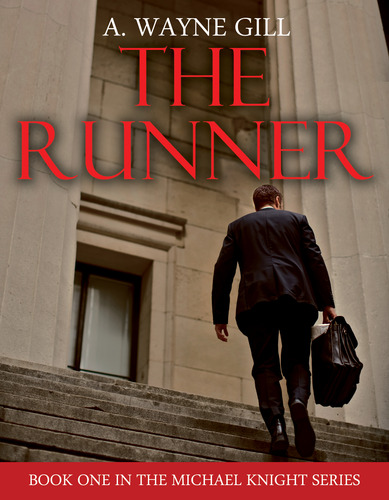 Looking for a legal thriller with relationship advice?

As described by the marketing team (Glass Road Public Relations),

Michael Knight has the perfect life – a perfect family, a perfect relationship and a perfect future. Groomed to follow in his father’s footsteps, Michael’s career as a preacher is laid out before him. But he has a secret that will take him from being a small town preacher’s kid to the heart of the big city, where everything seems golden, glittery and glamorous. When he gets the opportunity of a lifetime, Michael glimpses a future of power, influence and wealth. The whole world is his for the taking, but at what cost? Will he trade in all he has been for all he could become?

So, then, the question is this: how exciting, and addicting, is this fictional tale? Gill has both educational experience in religion and law, as well as practical and real life personal history with legal proceedings. This gives him the firsthand knowledge necessary to write such a tale.

This book will interest those wishing to intersect the Christian faith with law. Personally, however, the book’s voice felt slightly dry while reading portions, with a simplistic language that does not display an excellence in the written form. Gill’s style reminds me of my own attempts at writing – still raw and new in its form. That said, there’s promise in it being book one of seven in the series, as it’s the characters that readers connect with that bring them to the next title…Disclosure: I have received a reviewer copy and/or payment in exchange for an honest review of the product mentioned in this post.